Over the years i have become a very negative person with myslef, disbeleiver ect, this is down to the verbal abuse from my brother, father and bullies at school, all along the lines of your fat, your hairy (i had a undiagnosed medical condition as a child) My father once told me i had puppy fat, trouble was it was a St Bernard Puppy,, one huge dog, at the time yes hit hurt and no i wasn’t fat

This is a St Berndard Puppy

although its a sweet puppy they grow into huge dogs.. but i can say that the Therapy is helping, there are lots i can see why things happened and why i feel like i do, but the aim is to stop being negative with myself and eventully lean to deal with pain to get my dental treatment done,

Just pretty sad I allowed my brother to get away with it, which ended in my fella walking all over me too but things are changing for the better,,

I feel that many people at some point in there lives get stressed, anxious and even have panic attacks for what seem to appear from out of the blue, well i am no exception to the rule, I know since a small child i have been a loveing caring person but with a anxious edge, many things i hate, dislike, (spiders, worms, Heights, Robots, Clowns, Dentists, Needles and Pain) what i never knew was why,, if there was a reason i never knew until 2 months ago..

The Reason i found myself in CBT was a huge panic attack in the Dentist, i was only supposed to have a filling done but ended up totally in panic and as a result no filling.. to be honest i had been having odd panic attacks for about 2 years but not knowing what they were, i kinda carried on, i mean my heart would race, i would feel like i had fizzy in my blood they were the early ones but i would have bigger ones out shopping, the biggest that scares me was when i was food shopping, i had been diagnosed with low iron stores, not quite anemia but no iron to fall back on should body need it, energy was all time low and (sorry guys) period were all over the place but got to every 2 weeks, well i was happily shopping for dinner as partner was comming home from working in Dubai,, i wanted everything right for Him, I say him and not me as that how my brain works, (make others happy and sod myself) well my heart started to race, fizzy blood, my breathing went odd cold sweat, and yes i truly thought i was going to do,, what happened next was bizzare, i paid for shopping and drove to drs saying i was dying, but it never occured to me that if i was dying then how the heck did i manage to drive to drs ?????.. drs confirmed I was not dying but indeed had a panic attack..

jumping forward a few months as i had a hysterectomy and recoverying well i put myself back on the CBT list,, I have had 3 sessions now there usually weekly but the therapist has had a holiday..

The CBT Therapist has confirmed i have a Phobia to pain which is a odd phobia really, ok no one really likes pain but the reason are my own reason.. when i was a child my father worked nights ect and my mother stayed in with us well until she seemed my elder brother (there is only me and him) was old enough to look out for me, that my mum started to go for a evening coffee with a lady down our road, nothing wrong in that, except for the words to my brother,, your the eldest your in charge, simple words really but my brother took them as Gospel.. so i edured mental and verbal and physical abuse (not sexual.. He would ask me to fight him, he would get me to scratch his back, stand in goal in the garden except i was not allowed to touch the ball,, the times it him my stomach was unreal, i had bruises daily, he would slap my face, pince it, called me names ect,, I told my mum and dad what he did to me all those years ago and as he came up with smart answers, oh she fell down the stairs, or she banged into the front door anything but admit he hurt his sister, that my partents never listened to me always him.. The reason i have the pain phobia is down to the fact if i never did as he told me i would get a thump,, so i tend to stay away from things, Robots is cause it think they will get me and when i say robots I mean this one Titan i love him, think his great but i have to hide to see him so he dont see me.. will carry on update on new post

The past Month has been a bit of a Blurr really, my youngest Josh, started back to school at the beginning of Sept, his a big boy now, age 5 and year 1 here Josh has settled in very well at school, his very quite, but he does love to read his books when he comes home. Last week my eldest Charlie started College he goes to Moulton..He has Chosen to do Agriculture level 2 as he did well in his GCSE exams.. Which I am so Proud as he has had educational support since the age of 5. You May ask why Agriculture, well it’s been in his dads family for a few years, Charlie’s grandad who he no longer sees (due to family crap) was a pig farmer for many many years, and Charlies own dad worked on a local farm from the age of 14 until 22, so Charlie wants to carry on, but we do not own a farm,, then next step for him is to get a placement on a farm so he can get some knowledge too..I am working on that now, but its not easy..

me, well I am doing well, I have been referred to have some CBT thats congnigtive Behavourial Therapy and nothing to do with the motorcycle testing..

I know, I know its been ages since i updated my blog and probably lost many follwers/readers as a result, I suppose you can say the reason for lack of updates is life, just sometimes it gets in the way.. over the months i seem to realise that when i spend time on the PC my life needs a check or things have got a bit dull, but the good thing is as I have been away from blogging, things are pretty good right now.. I will now update you all,, in next post 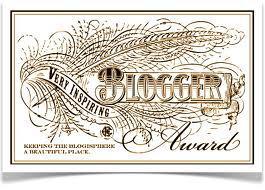 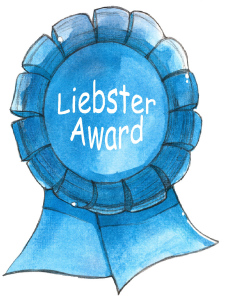